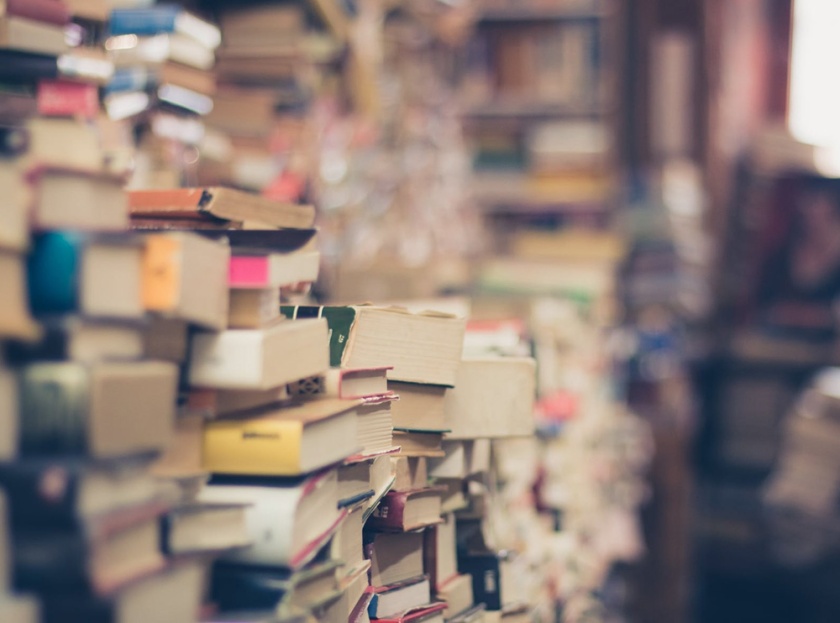 Merry Christmas/Happy holidays everyone! Here is a picture of my adorable dog in front of the Christmas tree!

I am sure if you follow any book lovers on social media, we are all posting about our favorite books of 2020. I hope that some of the books I have on my list are not too repetitive for you guys. I also am not putting these books in any particular order because that was just too hard for me to pick the order. Anyways here we go! Please enjoy my best books of 2020 list! 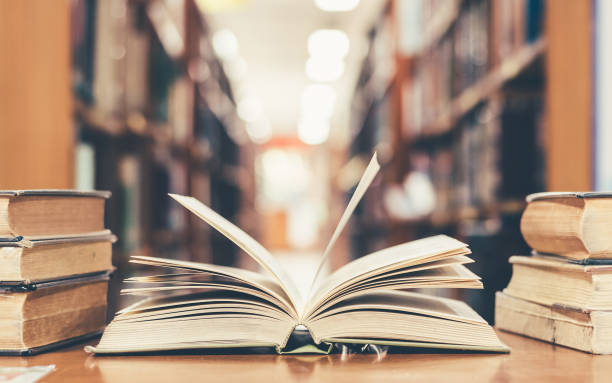 Life has been insane for the last month and a half. I am getting close to the end of my fall quarter at school so I have been nonstop busy with homework, papers, and projects. Then I spent most of November sick with a bad case of bronchitis (got checked and it was not COVID) so I haven’t had much energy to write up the reviews of the books I read in October and Novemeber. I decided for these two months, I am just going to list off the books I have read and what I rated them as; no reviews this time. That being said; if you want to know my opinion about any of the books on this list, feel free to send me a message on here or on my instagram, @staceyrz! My normal book review setup suddenly came back in December!

Here are the books I read in October and November!

Year of the Witching by Alexis Henderson

Tales of the Slayer by Doranna Durgin

Burned to a Crisp by K.A. Miltimore

City of Ghosts by Victoria Schwab

A Court of Wings and Ruin by Sarah J Maas

The Ravenous by Amy Lukavics

The Whisper Man by Alex North

Flowers in the Attic by V.C. Andrews

A Witch in Time by Constance Sayers

The Beautiful by Renee Ahdieh

Wicked Saints by Emily A Duncan

Spellbook of the Lost and Found by Moira Fowley-Doyle

Falling Away by Penelope Douglas

The Son of Neptune by Rick Riordan

Inside the Magic: The Making of Fantastic Beasts and Where to Find Them by Ian Nathan

Home Before Dark by Riley Sager

From Blood and Ash by Jennifer L Armentrout

The Fires of Vengeance by Evan Winter

Felix Ever After by Kacen Callender

The Diviners by Libba Bray

A Kingdom of Flesh and Fire by Jennifer L Armentrout

A Deadly Education by Naomi Novik

We Set the Dark on Fire by Tehlor Kay Mejia

The Rithmatist by Brandon Sanderson 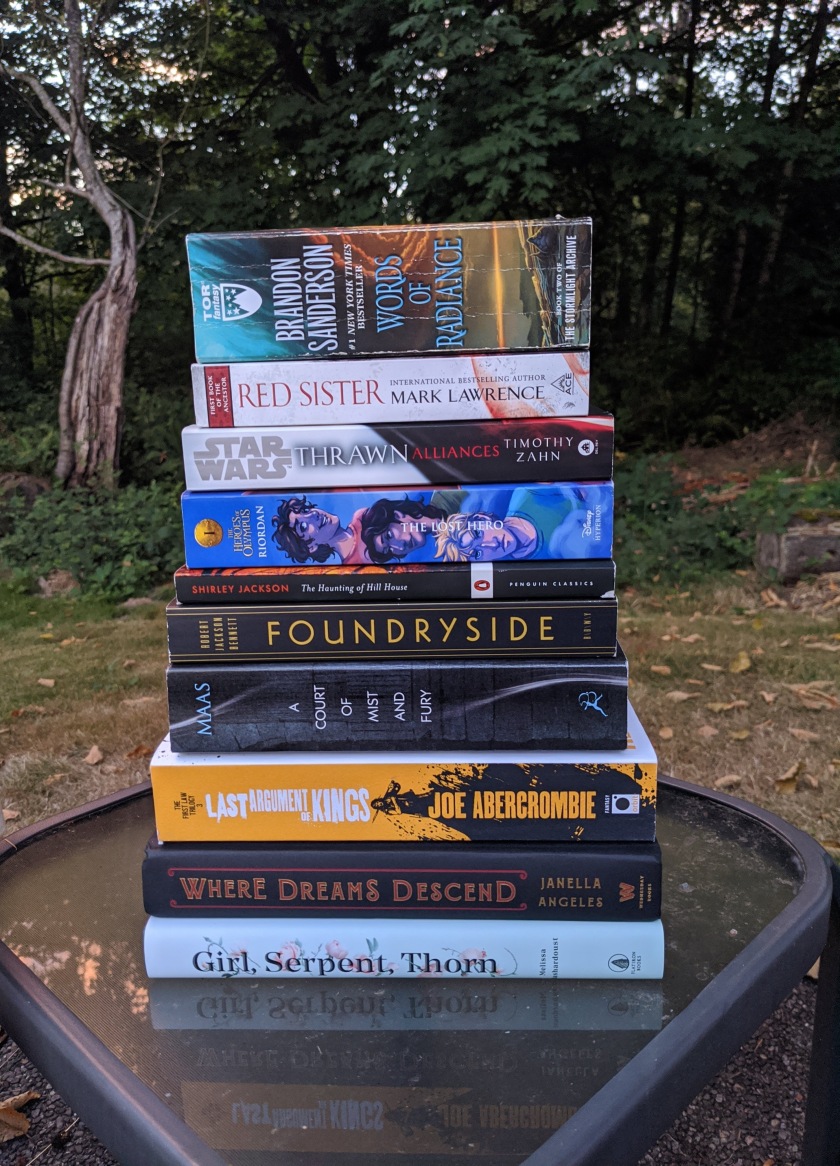 This was a novella for The Reckoners series. It was a fun, entertaining story that added more backstory to this world. I wish I could have known and read this book between Steelheart and Firefight because it would have added some hints to the mystery behind the Epic’s weaknesses.

The Emperor’s Soul by Brandon Sanderson

The Emperor’s Soul was another novella by Brandon Sanderson connected to Elantris. It is insane to me how good Brandon Sanderson’s world building can be in a novella under 200 pages. The heroine of this novella was incredible, intelligent and I just loved her. I would say you could read this novella without reading Elantris because although they are in the same world, they are two separate stories.

Now let’s talk about Secret History. This is a novella connected with the Mistborn series, specifically Mistborn era one. I can’t really say much about this book because it would result in spoilers BUT I will say that if you missed reading about the incredible characters in Mistborn era one, read this book because some of them are back. I got literal chills while reading Secret History, being back in this world with some of my favorite fantasy characters was just so nice.

Agent to the Stars by John Scalzi

John Scalzi is one of those authors that I always enjoy reading their work. Science fiction books are sometimes hard for me to get into but Scalzi’s writing and characters help me enjoy his sci-fi worlds. Agent to the Stars was another great read from Scalzi for me. The main character is a celebrity agent who is fairly successful so his boss decides to assign him a new client. This client just happens to be an alien whose alien race wants to make themselves known to humanity. This book is full of witty and smartass conversations that make you love the characters.

Where Dreams Descend by Janella Angeles

Okay so Where Dreams Descend was a fun book and the promo for this book was so accurate. I kept hearing that this story was a combination of Moulin Rouge, Greatest Showman, and a bit of Phantom of the Opera and if you know me at all, I am a musical theater lover! Everything I heard about this book made me so excited! There was magic, romance, a circus, dark pasts and intrigue; all of these things together make for a great book, in my opinion! Side note: I heard a lot of people comparing Where Dreams Descend to Night Circus by Erin Morgenstern but I disagree. I honestly didn’t like Night Circus, the idea was cool but I don’t like the flowery writing in that book at all. So if you are like me, dislike Night Circus, don’t let that dislike stop you from reading this book.

Okay we are on book two of Devil’s Night and man, this series is SO GREAT! Penelope Douglas is my favorite Romance writer for sure! The main characters from the first book in the series, Corrupt, are in this book as well but the MCs we follow are now Kai Mori and Banks. Michael and Rika are trying to move on from the events of Corrupt but Kai and Banks are still very much invested in the mysteries that resulted from Corrupt.

The Lost Hero by Rick Riordan

Returning to Riordan’s book worlds has been so much fun. He just never disappoints me at all. I loved how this book connects the Roman gods to the Greek ones we have come to know. Some of my favorite characters from the Percy Jackson series are back again in this series but we do have new teenagers that we are following mainly. I can’t wait to continue with this series!

The Time of Contempt by Andrzej Sapkowski

This is the second full-length novel in the Witcher series and it was just okay. I wish I was more in love with this series but it is just not my favorite. I know I will continue this series eventually but honestly right now, it will not be my priority.

The Book of Unknown Americans by Cristina Henriquez

This was a hard book for me to read honestly. It is a heartbreaking story about several Latino immigrant families trying to make it in the United States. The main family we follow is the Riveras from Mexico who came to the US after their daughter Maribel had an almost fatal accident and they came here to get her help. The book ends sadly and there is definitely not a happy ending for the characters but I liked that because life is hard, not always happy.

A Court of Mist and Fury by Sarah J Maas

Probably the best book I read in the month of September. I can’t believe I waited so long to read this series. Sarah J Maas has easily become one of my favorite authors especially when I want a fantasy romance book. So ACOMAF is the second book in A Court of Thorns and Roses series. Feyre is about to have a life changing moment but Rhysand had a different plan. Several things are revealed during this book and that is why I have to read the third book in October for sure; I need to know what happens!

Oh Joe Abercrombie, you definitely know how to write a grimdark world so well! I would definitely consider him my favorite grimdark author for sure! This is the final book in the First Law trilogy and it didn’t let me down at all! Just like the last two books in this series, all the characters continue to surprise me and one of them more than the others! I can’t wait to read the series that follows this world but years later especially after the events in Last Argument of Kings because wow, I did not see that ending coming.

Blood and Honey by Shelby Mahurin

This is the sequel to Serpent and Dove and it follows the events of our favorite characters from the first book after they escaped near death. The MCs are on a quest to find allies against Lou’s mother and just protective against her and the church that is also after them. The romance between Lou and Reid continues to grow even though it would be easier to not be together. The cliffhanger at the end of this book was incredible and intense! I can’t believe I have to wait now to see what ends up happening with all of these characters!

This was a decently good book. It made me think of a fairytale where the princess is cursed and a charming guy wants to save her. I like how this fairytale was reimagined. There were several twists and I loved the different creatures that are found in this book. The book had strong Middle Eastern tones which I loved because I am trying to read more books that are not based around English history.

The Haunting of Hill House by Shirley Jackson

This classic horror book is another haunted house story but that is okay because it was still good. I had watched the Netflix TV show LOOSELY based on this book so I thought I had an idea of what to expect but the book is so different from the book. I liked both though in the end. If you are looking for a classic horror book that is creepy and crazy, check this one out.

I am so happy that this book is out and I can continue reading about these amazing characters in this incredible world that Zoraida Cordova has created. Wayward Witch is the third installment in the Brooklyn Brujas series and it did not disappoint me at all. We follow the youngest sister in the Mortiz family on an adventure to save a fairy realm and in the process, repair her family back in the human world. People! Please read this series and anything by Cordova, you won’t be disappointed!

Book one of the Book of the Ancestor series and it has been recommended to me by several people, so I was excited to finally start this series. We follow Nona, a young girl who has had a difficult life, who is now training at the Convent of Sweet Mercy where young girls like her train to be assassins. I liked the magic system and the writing. I will definitely continue this series eventually.

I am so glad that Foundryside was the last book I read this month because wow, it was so good!! The writing style reminded me of my favorite author, Brandon Sanderson, and the humor was very much a mix of Sanderson and Jim Butcher (in my opinion, anyways). Sancia, the main character, is a thief who has unique abilities that make her a great thief. She ends up stealing an ancient item that ends up putting her in the middle of a political, action packed situation. All the characters were incredible and there is not one that I hated even the villain. The twist in the end was amazing and I did not see that coming at all, which I love when that happens.